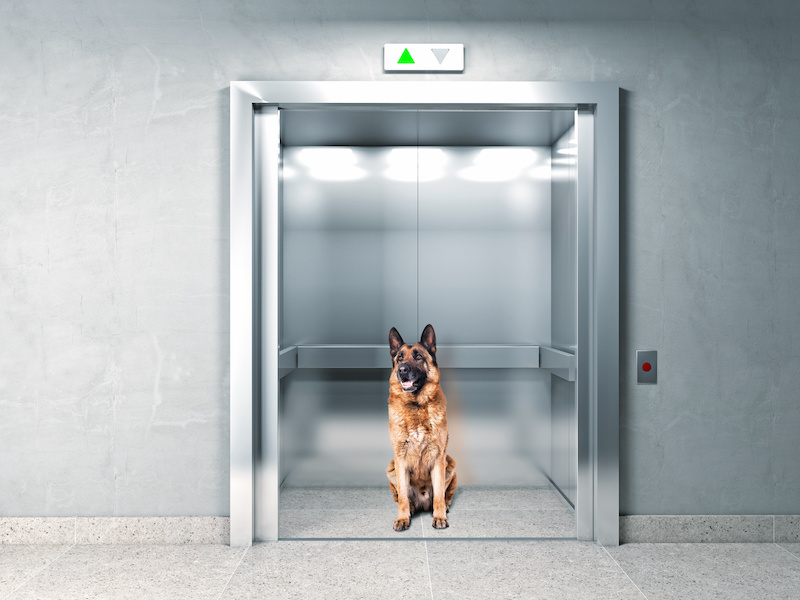 An Upper West Side condo board announced it will fine residents—unit owners and rent stabilized tenants alike—for failing to follow a new rule that requires dog owners to use the service elevator, carry their dogs while in the elevator and enter and exit the building through the service entrance. Are these restrictions and fines legal?

This is the kind of rule that’s not uniformly enforced, The New York Times’ Ask Real Estate columnist says, and might come under fire from some residents. First and foremost, the board may come up against opposition from anyone whose dog is an emotional support animal, since the city’s Emotional Support Animal Law confers substantive rights on these owners. Pet owners who adopt emotional support animals have the right to equal access to and enjoyment of their homes.

“They cannot be forced to take an elevator or go out through some other entrance, especially when that other entrance is, say, in the back or in a less safe place, or through the basement,” says Darryl Vernon, an attorney representing people with companion animals.

One resident with a disability might challenge the rule under federal, state and local disability laws. Someone with mobility issues or back problems might not be able to carry a pet in the elevator or may have concerns about trip hazards. Its owner could request a reasonable accommodation, such as use of the lobby and passenger elevator.

Rent-stabilized tenants also have protections, and aren’t governed by condo regulations. Instead, they’re governed by the terms of their lease and stability laws, meaning management can’t impose house rules on them. And beyond that, the Tenant Protection Act prohibits landlords from charging rent-stabilized tenants more than their rent, making it very possible these fines won’t stand up to enforcement. If the original stabilized lease does not include a rule against walking dogs to the back door or using the service elevator for them, that rule can’t be added in later. “This could very well amount to an illegal and cause for legal action from this landlord,” says Vernon.

Nonetheless, the landlord could enforce the rule with market-rate tenants and units owned by nondisabled individuals. Unit owners are subject to house rules that the board has power to change. And a market-rate lease might include terms that require the tenant to adhere to condo rules.

However, with so many tenants potentially claiming some sort of exemption from fines, management might not be comfortable levying them in spurts. As part of its efforts to curb dog behavior, this condo board has opened up a can of worms.