My name is Chaz Stevens, and I'm the founder of ESADoggy.

I'm also a nerd and the proud father of several rescue doggies.

Early on with ESAD, I encountered an angry young man demanding to speak with our doctor, demanding to have his cat approved that day, and if that weren't possible, he'd take his life.

It turns out that fellow was a wounded warrior. He was blown up; I mean *boom* blown up during his third tour overseas. Now he suffers from PTSD and major traumatic brain injury.

And it was then that I would change my entire life, vowing to make a difference and to help those in need.

As Emerson said, the purpose of life is not to be happy. It is to be useful, to be honorable, to be compassionate, to have it make some difference that you have lived and lived well.

We’re so confident our letters will be accepted by your landlord or airline, we offer a Risk Free Guarantee.

A+ Rated by the Better Business Bureau.

We are proud to be A+ rated by the Better Business Bureau and a member of the U.S. Chamber of Commerce. 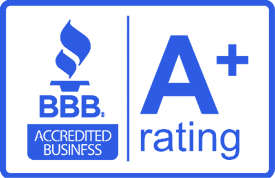 Our Clients Love Us.

Dylan G.
ESA doggy gave great service and timely with setting up meetings. The price is a little high, but not terrible for the quality of service. I even accidentally set up for an evening appointment (which costs a little more) then scheduled the meeting for the morning. I didn't even notice at first, but they caught it and refunded me.
Marianna T.
Wonderful service! I was very well taken care of and they exceeded my expectations. Very friendly personnel.
Kiki Y.
ESA doggy was so easy to work with. I felt like they actually cared Rose was Amazing as a Therapist! I love that this whole process was easy but LEGIT. I recommend 100 percent. Your not just purchasing a letter. Your getting to talk to REAL people!!! Thank you so much for everything ❤ 💗 💜 💓 I will continue to use their services in the future. They are not a scam go for it trust them !
More reviews.

Your purchase helps fund the rescue of dogs currently at NYC high kill shelters and provide them with medical care, food, supplies and a temporary place to stay until their forever home is found.

Also, you help us to help fund the rescue of donkeys currently at Peaceful Valley Donkey Rescue.